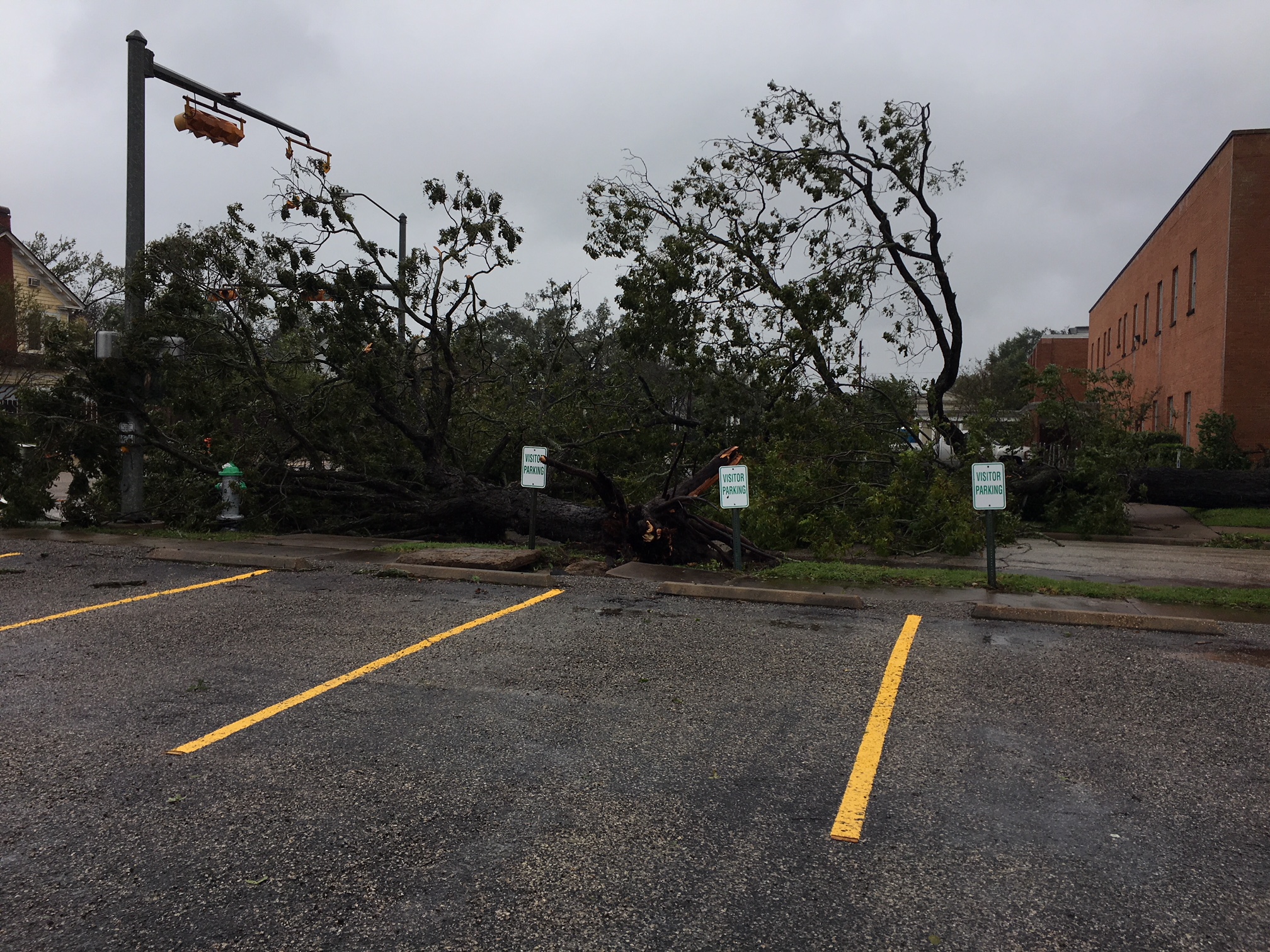 Almost 20 years ago, waters flooded Southeastern Texas as the effects of the Pacific Hurricane Madeline reverberated across the United States. As volunteers rushed toward the devastation, First Baptist Church of Victoria opened their doors to host the first responders. In the aftermath of Hurricane Harvey, their heart to host remains.

Just one day before Hurricane Harvey made landfall, officials issued a mandatory evacuation for the city of Victoria. Again, First Baptist Church of Victoria opened its doors.

“If you’re going to stay through the hurricane, why don’t you come down to the church?” Pastor Shamburger of First Baptist Church said to members who planned to hunker down through the storm.

As the Category 4 thundered through the state flooding roads, destroying homes and uprooting thousands, tornadoes tore through Victoria.

When a tornado ripped a hole in the church’s main auditorium roof, Shamburger said those staying at the church gathered trash cans and other receptacles to catch the water. Shamburger said not only did their immediate action save the church’s grand piano, but “they literally saved [the] church.”

Chris Liebrum, the director of the Office of Cooperative Program Ministry for Texas Baptists, visited the site after the storm and said the damage was devastating. Immediately, the recovery process began.

A burden lifted amidst disaster relief

Shamburger said volunteers had debris from the damaged roof and fallen trees cleared the Tuesday following the storm.

With more than $200,000 of damage to confront, Shamburger said he felt God telling him to challenge each household in his congregation to donate $1,000. Together, they raised $90,000.

“Chris Liebrum and Fred Ater [area 4 representative] from Texas Baptists came down to see me the next week,” Shamburger said. “They began to share the damage that we had incurred through the internet.” Soon after, donations poured in from others across the nation totaling an additional $90,000.

One church from Victoria, Missouri, donated $900 because they wanted to help another city that

“At every point along the way, God gave us people,” Shamburger said. “God’s the great networker.”

Just as they had 20 years before, First Baptist Church of Victoria opened its doors to first responders.

Today, it is important to remember there are still many churches and families in need post-Harvey.

“Recovery is not over,” Liebrum said. “One of the things we tend to do is to give a lot of attention to it right as it happens, and then after the TV cameras are gone, our interests are gone.”

If you or your church is interested in partnering with a church affected by Hurricane Harvey, please visit texasbaptists.org/church2church or call (888) 244-9400 for more information.